Canada has over 1 million kilometers of roads, 38,000 kilometers of which are highways. Despite extreme cold weather and low population density, Canada maintains a wide network of high-quality roads. Canada is ranked 31st out of 141 countries in terms of quality of roads, much higher than Norway (49th) and Russian Federation (99th) facing similar weather and population density (World Bank, 2019).

Canadians also spend an awful lot of time commuting to work, especially in large cities such as Toronto, Vancouver, and Montreal. Approximately 17% of GTA residents spend over 70 minutes commuting every day.

These challenges have forced Canadian federal, provincial, and municipal governments to focus especially on improving safety, reducing congestion, and enhancing the capacity of road networks. Stinson ITS has been at the forefront of delivering new, innovative technologies to the Canadian traffic industry, which is why we recognized the great benefits Navtech Radar could bring to Canadian roads. Navtech’s patented radar technology represents a leap forward in highway sensing technology and, as I’ll detail below, it enables many key functionalities to improve safety and congestion on roadways.

In this article, I will introduce Navtech Radar and then review the key features of their radar sensing solution called Clearway. I’ll comment on how the system compares to traditional highway technology such as CCTV as well as discuss the remarkable success of the product on UK Highways over the past 5 years. I’ll finish this article by discussing how this technology can best benefit Canadians and our unique set of roadway challenges. 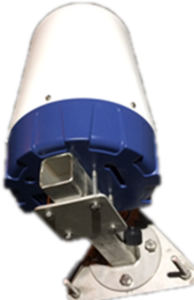 Established in 1999, as a result of research and development at Sydney University, Navtech Radar, now located in Oxfordshire UK, has become a leader in the traffic technology industry, providing 360⁰ radars for incident detection, traffic monitoring and data collection on smart highways and tunnels. Navtech Radar has installed over 2,500 radars on hundreds of highways and tunnels across the world, hence providing them with unprecedented levels of situational awareness including continuous detection and tracking of: 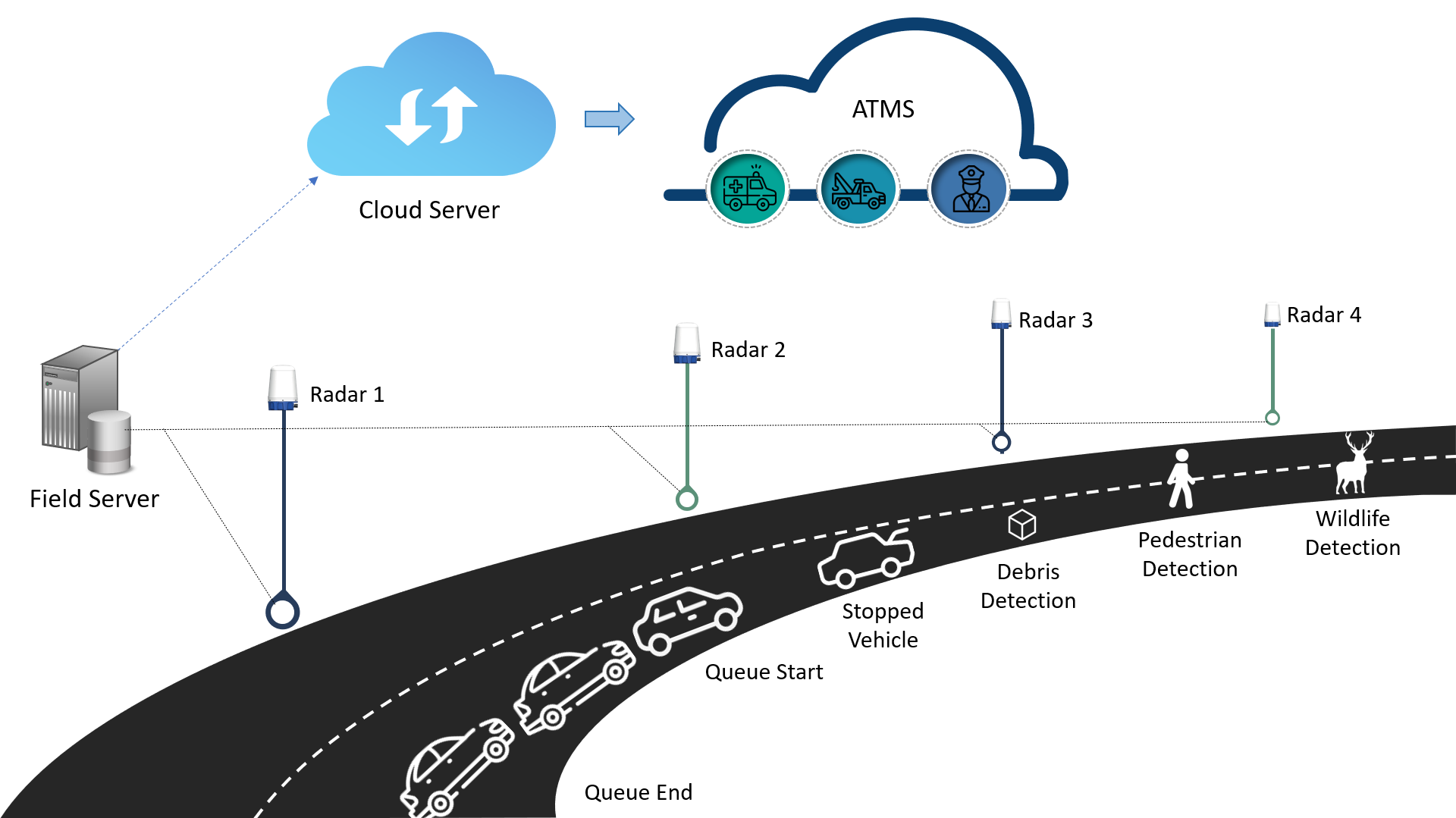 A Navtech Radar Clearway system consists of 360⁰ scanning radar sensors placed along one side of a roadway at approx. 500m spacing. Their detection areas overlap with their neighboring sensors allowing them to detect and track every single object on the roadway with great accuracy. This is the truly unique aspect of the system. This ability also allows the system to perform many functions simultaneously.

Below is an example of how raw radar data is processed and digitized, allowing every object to be tracked along the roadway.

Navtech’s radar sensor utilizes on-board edge-processing to provide extremely fast detection of events. The system is deployed in conjunction with server–based software (either roadside, central, or cloud based) which processes the digital data received from the radars and generates alarms. The server-based software also interfaces with an agency’s Advanced Traffic Management System (ATMS), allowing automated or manual responses for the events detected.

A new and innovative approach to AID 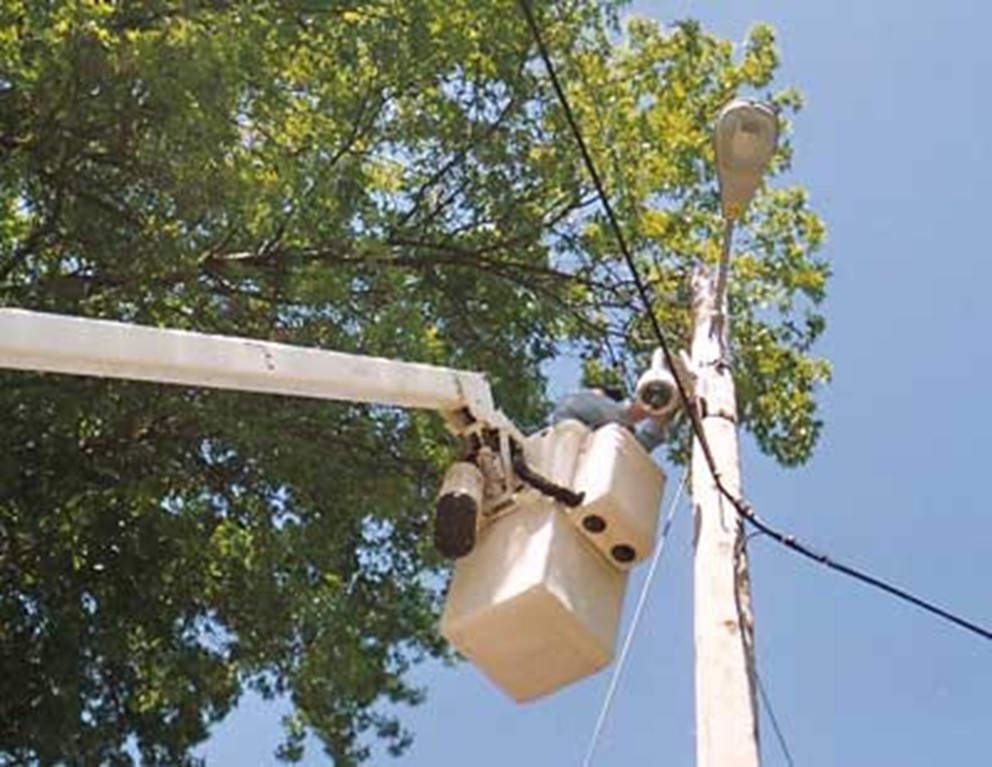 CCTV cameras and video analytics have been the traditional technology of choice for automatic incident detection (AID); however, these have been primarily focused on tunnels due to the availability of consistent lighting conditions and protection from weather. For open roadways, performance of CCTV video analytics degrades in rain, snow, and low light conditions, which has heavily limited Canadas adoption in these applications. Navtech has been successful because radar is impervious to weather and lighting conditions, allowing it to operate consistently and reliably in all conditions. Accurate and reliable AID systems are now possible on open roadways and this opens up a world of possibilities to improve safety and congestion on roadways across Canada.

Periodic cleaning of camera-based systems, especially on highways, increases the total cost of ownership of such systems. Fortunately, Navtech’s radars do not need regular cleaning and maintenance. The radars only need one motor-belt assembly service every five years.

Wide Adoption in the UK

Highways England has been an early adopter of the Clearway system on open roadways. In the past few years, they have started using the shoulders as regular traffic lanes to increase the capacity of their highways. However, due to this change they had also become extremely susceptible to congestion anytime a vehicle broke down. They soon realized that they needed a system that could almost instantaneously identify stopped vehicles so that emergency services can be dispatched before excessive queuing blocks access to the location. Navtech’s AID solution has been proven to reduce their alert-time to incidents from a previous average of 17 minutes down to only 10 seconds.

While Canadian roads do not operate the same as UK highways (no shoulders), there are plenty of benefits to be had from this technology. With Canada having some of North Americas longest and busiest highways, Canadians are no strangers to bumper to bumper traffic on the highway, often the result of a collision. With the ability to detect collisions and dispatch emergency services faster we could get to collision victims quicker, saving more lives, as well as reduce the resulting congestion by clearing the involved vehicles quicker.

As I mentioned earlier, one of the key benefits of the Clearway system is its ability to perform many different functions all within the same radar. The following features are also especially relevant to Canadian roadways:

Wildlife Detection: Wildlife protection on roadways has become a top priority for the Ministry of Transportation over the past few years. On highways passing through wild-life reserves, as much as 25% of their capital budgets are spent on wildlife fencing and other initiatives to protect animals from being injured. Navtech has been proven to provide accurate detection and warning of wildlife on the roadway, in fact two systems have been deployed in Ontario for exactly this purpose, one near Ottawa (Hwy 416) and one near North Bay (Hwy 11)

Traffic Data Collection:  While you may not have noticed them, Canadian highways have a vast number of traffic data collection stations. These include radar and in ground detectors to collect data on the vehicles passing (speed, volume, and length). The MTO alone maintains over 3000 of these stations. The Navtech system would make these systems redundant, providing much richer data on what’s happening on every inch of the roadway, not just the slivers of roadway where counts are now collected. The need for data is ever increasing and Navtech stands to deliver the richest set of data possible enabling future applications with insights that have not been possible previously.

Because I want to keep this article as concise as possible, I will not go into details of other notable features such as travel-time, debris detection and wrong way driving detection that are also relevant to Canada. It is high time for Canadian transportation leaders, planners, and operators to review, test and adopt reliable, proven technology. I believe, Navtech Radar is one of the most exciting and innovative technologies introduced to roadways over the past 10 years and it will be a key component in building safer, smarter roadways.

This entry was posted on 18 September 2020 under Uncategorized