Over the past 10 years Central Management Software has emerged as one of the most critical elements of a smart city, especially for transportation systems.  It used to be that connectivity was the biggest challenge for smart city designers; however, with the widespread adoption of 4G and fiber optic networks, municipalities have started taking the first big step.  With large infrastructure systems now widely interconnected and data from those devices available the next challenge has presented itself, what to do with all this information?  Central software is the easy answer but it’s a lot more complicated than that.  It will take a number of software systems to support these networks and they themselves will be interconnected in an ideal world.  Our focus today will be an innovative new player in transportation management software: Genetec Intelligent Mobility.

Genetec has been a well–known name in the transportation industry for over 20 years.  They are ranked #1 in North America for Video Management Software, and in the traffic industry they are even more dominant.  Genetec is a Canadian company based in Montreal and while their core product, Security Centre, has traditionally been focused on security and monitoring systems, they’ve transformed over the past 5 years, becoming broader in their approach.  As you may know, cameras have become much more than just a source of video. Advanced machine learning algorithms have turned them into sophisticated sensors able to generate a vast amount of information.  Genetec began to utilize this new data source as they realized the automation and analytical tools that they were building could be used for a lot more than just data from camera sensors.  While keeping in mind other types of traffic sensors and data sources, Genetec began work on the various intelligent mobility modules we’ll be discussing later in this blog.

Genetec has always focused on providing an open-architecture platform, their list of compatible cameras is longer than nearly any other vendor on the market.  With the growth of Municipal networks and the vast number of new data sources and devices, Genetec shifted their development focus to align with the needs of the modern smart city, providing the tools to ingest data, support decisions, and help interact with an endless number of new devices.  Our focus in this article will be Genetec’s Intelligent Mobility modules, which strive to improve Mobility and Transportation within cities.  From automated vehicle enablement to proving the backbone for vast IOT sensor networks, these new modules are demonstrating the power of open-architecture and provide a glimpse into the future of smart city interconnectivity. 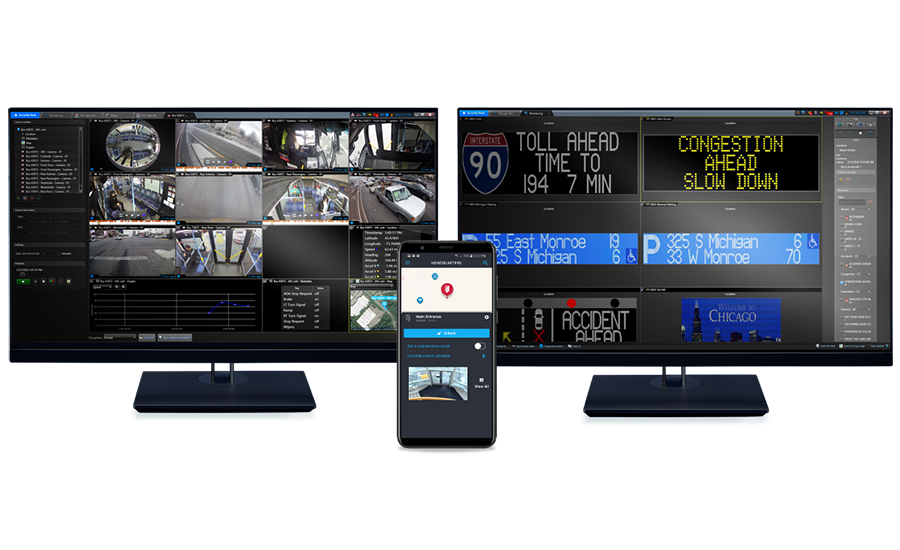 Those in the traffic industry are no strangers to the challenges that proprietary software and devices have introduced over the past 30 years.  The lack of interoperability meant cities were stuck buying software and hardware from the same vendor over and over again, often until the product’s end of life.  Switching vendors meant replacing an entire existing system and that was just not financially feasible.

In the late 1990’s the transportation industry’s top three organizations, NEMA, AASHTO and ITE, came together to develop a set of standardized communication protocols called NTCIP (National Transportation Communications for Intelligent Transportation System Protocol) in an effort to combat the challenges posed by proprietary software monopolies.  Through adopting these standards, cities could ensure that the products they purchased would all speak the same software “language” allowing them to interoperate, no longer being locked into a single vendor.  This allowed for vastly increased competition in the market, as well as allowed legacy systems to be utilized for much longer than previously possible.  Municipal purchasing policies have always tried to encourage open and competitive bidding processes and NTCIP has now enabled this on a scale not seen before.

Since the introduction of NTCIP in the year 2000 the traffic industry has begun to move towards open-protocol and open-architecture systems.  At Stinson ITS we are strong advocates for interoperable technology products and as such nearly every product we sell is either open-protocol or open-architecture.  Genetec is a leader in this area and that’s why we love it so much.

As an agnostic video management platform Genetec has provided compatibility for hundreds of different camera models.  It’s ability to integrate such a wide range of camera manufacturers is one of it’s key selling features.  However even when it was focused on security it needed to support a lot more than just camera devices, it needed to communicate with access control systems, license plate readers, visual and audible warning devices, IO devices, PLCs and many more.

By combining these devices into a single unified platform, they were able to develop a long list of tools to assist operators manage their facilities.  These tools make up the core value of their platforms, some features include:

• Map based interfaces allowing for situational awareness at a glance 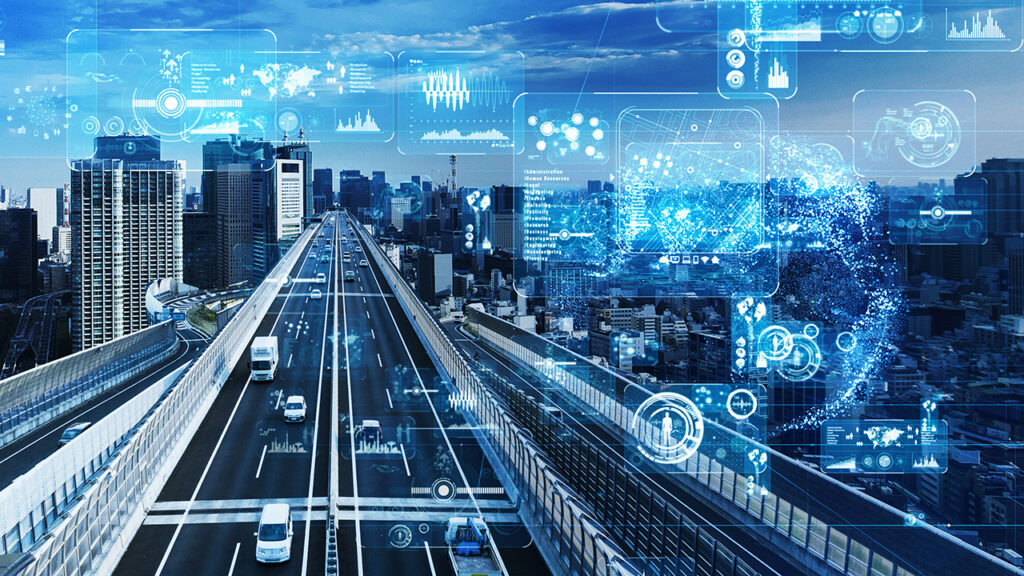 Intelligent mobility was technically a new market for Genetec; however, because it was a key product used for traffic monitoring, there was considerable overlap and exposure for many years.  In addition, the tools it built in the security industry allowed their move into the mobility industry to be much easier and quite organic.  A lot of the applications were fundamentally the same, different inputs and different device outputs but the decision mechanisms, the reporting, the workflow tools and the various interfaces required were very much made of the same core elements.

The new elements they would be interacting with were things like:

•  Map and GIS data from sources like Google and Bing Maps

Genetec has always operated as a modularized platform and with Intelligent Mobility it was no different.  The new functionalities developed were sectioned into relevant modules so that you only pay for what you need.  The new modules introduced were the following:

•  Travel Times Engine Module – Allows for the ingestion of travel time data from Bluetooth/Wifi Sensors, LPR cameras, and big data sources such as Inrix/Azure (Raw data or processed data).  Generate travel times from this data as well as produce origin destination studies and reports.  Data can also be used to drive road segments with colour coding.

•  Automatic Vehicle Location (AVL) Module – Provides both the ability to interface with existing AVL and ingest its data or to provide entire AVL functionality using a wide range of onboard devices.  Almost any vehicle with a cell modem & GPS on board can be turned into an AVL object.  Geofencing, automation, onboard video & storage, sensor integration makes this widely used in bus transit applications.

Pairing these modules with the core features of Security Centre allows for a vast number of custom applications.  We have used this system in smart work zones, queue end warning systems, border wait time applications, automatic incident detection and many more.  In our accompanying webinar we will explore some of these innovative use cases in more detail.

While Genetec is not the full solution it provides an important piece of what it takes to enable a smart city.  The tools they’ve built encourage inter-operability and allow for a wide range of customizable solutions without being locked into a narrow range of compatible products.

Genetec’s vision is to take open architecture even further with the concept of micro-services, encouraging distributed services, data sharing and collaboration on a very wide scale.  In our webinar we will elaborate on what is meant by micro-services and the benefits they can provide.

Stinson ITS has been working with Genetec for over three years now and in that time it’s enabled a wide number of niche and interesting use cases.  While it provides the core functionality of an Advanced Traffic Management System (ATMS), the open architecture and customizability is really its greatest strength.  We are big fans of this product and are proud to be their distributor.

This entry was posted on 19 November 2020 under Uncategorized